WHAT IS VARIABLE REFRIGERANT FLOW? 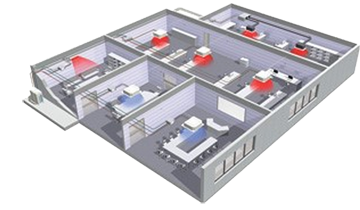 Variable Refrigerant Flow, or VRF technology, is equipment that routes 2 and 3-pipe refrigerant circuits from one outdoor unit to multiple indoor units (or zones) and is capable of providing heating and cooling at the same time as different zones require.

Unlike traditional refrigerant systems that are either “on” and operating at 100% capacity or “off”, VRF equipment utilizes inverter compressors which provide variable speed operation. Why is this so important? Because your HVAC systems seldom need to provide 100% of the capacity they are designed for.

VRF systems routinely operate at partial loads in the range of 30 to 70% which provides more consistent indoor temperatures and humidity levels as well as provides energy efficiency.

Because of this part-load capability, VRF systems are as efficient, and often more efficient, than commercial chiller/boiler systems while at the same time offering much greater design flexibility and much more usable square footage. . 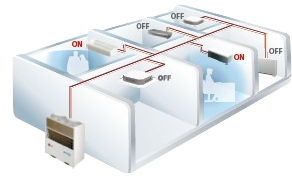 WHY CONTRACTOR SELECTION IS IMPORTANT